Depression to multiple sclerosis and even cancer and response to cancer drugs including immunotherapies. Earlier this year, an ambitious $25 million project was launched to determine the role of the microbiome in colorectal cancer, but perhaps more surprisingly, a new study in mice has linked the health of the gut microbiome to the spread of breast cancer. 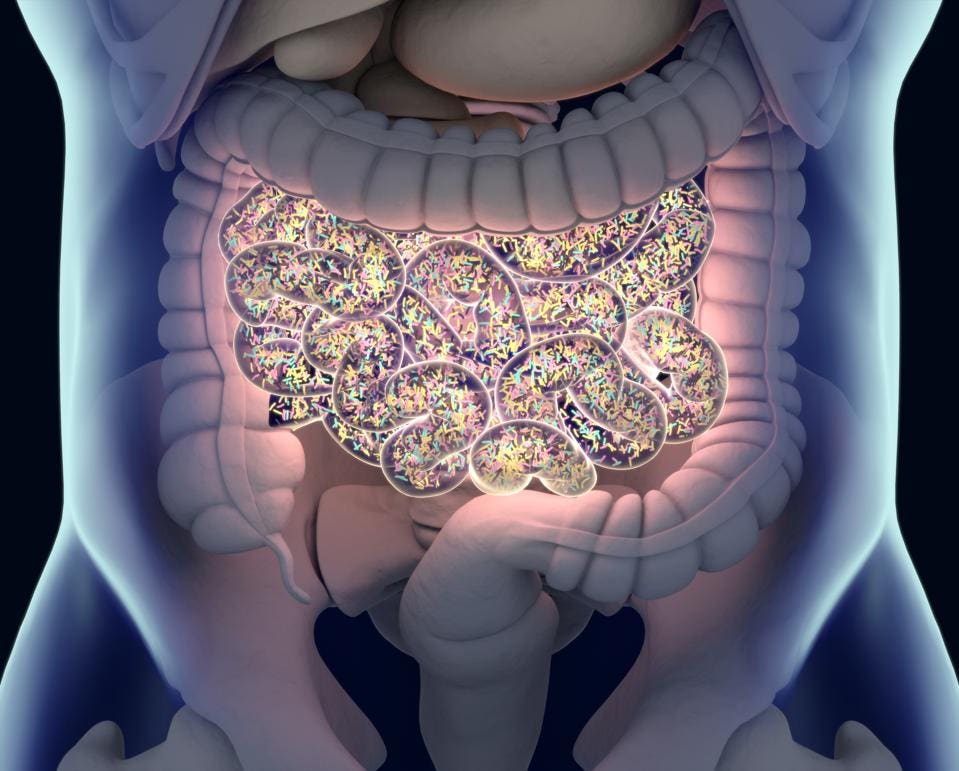 The work published today in Cancer Research used mouse models of hormone receptor positive (HR+) breast cancer, the most common type in people, representing two-thirds of all cases. The mice were treated with antibiotics to disrupt the microbiome before testing for the spread of the mouse breast cancer cells as well as inflammation.

"When we disrupted the microbiome equilibrium in mice by chronically treating them antibiotics, it resulted in inflammation systemically and within the mammary tissue," said Melanie Rutkowski, PhD from the University of Virginia's Department of Microbiology, Immunology and Cancer Biology and lead author of the paper. "In this inflamed environment, tumor cells were much more able to disseminate from the tissue into the blood and to the lungs, which is a major site for hormone receptor-positive breast cancer to metastasize," she said.

In addition to the antibiotics, the researchers also performed fecal transplants from mice with disrupted microbiomes, finding a similar effect on the spread of the breast cancer cells in the mice that received the transplants.

Several chemotherapy agents are well-known to cause disruption of the normal gut bacteria and as many people who have had breast cancer will know, gastrointestinal symptoms are not uncommon. A main question which comes from this research appears to be whether dysbiosis (an imbalance of the microbiome) and hence the proposed increased risk of cancer spreading is present before the cancer diagnosis or is a result of the cancer and treatments.

"Several case-control studies have reported associations between intestinal microbiota dysbiosis and breast cancer development. These studies have generated a range of hypotheses, but ­­­­in cancer development it is difficult to tease apart whether the microbial dysbiosis is a cause or a consequence of the cancer," said Susan Bullman, PhD, assistant member of Human Biology at Fred Hutchinson Cancer Research Center, who was not involved in the study.

Although this work is at an early stage, if a disrupted microbiome is found to promote the spread of HR+ breast cancer cells in humans, it is hoped that there may be scope for manipulating the microbiome in order to reduce the risk of this.

"If these findings did translate to human patients, we would then need to extensively characterize the microbial communities associated with dysbiosis and move towards functional studies to determine how these microbial communities may be contributing to metastatic disease. Ultimately, if bacteria can directly or indirectly contribute to cancer progression, then they become viable new targets for the treatment of such cancers," said Bullman.

There is some work already ongoing to figure this out in people. For example, a clinical trial in Spain is testing the composition of the gut microbiome and seeks to correlate this with breast cancer outcomes. Rutkowski herself also has plans for a human study to validate the initial mouse results.

The findings if proven in humans are seemingly likely to be applicable only to HR+ breast cancer, with the researchers also having done experiments with triple negative breast cancer mouse models and finding no significant links between disruption of the gut microbiome and metastasis.

Dr Rutkowski has found that an unhealthy microbiome promotes the spread of hormone receptor-positive breast cancer in mouse models.

However, she was keen to stress that antibiotics should not be avoided by women with breast cancer or any other person who needs them to treat infections. In this research, very powerful antibiotics were used to disrupt the microbiomes of the mice and this effect is likely to be more exaggerated than in people taking a short course of antibiotics for normal infections.

So, what exactly is needed to prove these results are applicable to humans?

For now and while these further studies are ongoing, how should people with breast cancer interpret this research?

"People with breast cancer should interpret this study very cautiously. It is important for patients to realize that the take home message is not that antibiotics are associated with metastatic dissemination in breast cancer. The microbiota present in the human and murine gut are also very different and further studies will be needed," said Bullman.